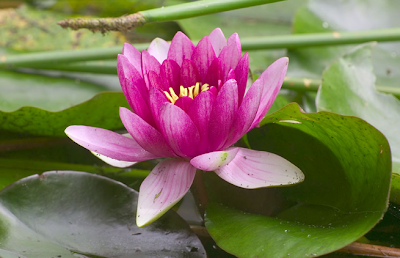 On Saturday I took my very stressed-out self to the local Buddhist Centre and started a meditation course. I've been feeling very hormonal when I've been ovulating and just before my period, and it's getting to the point where I can be unbearable to be around. So, rather than moan about it, I thought 'come on Em, let's do something about it.'

I Googled and found that I am not the only woman who found that after having two kids my PMS has become ridiculous and a real hindrance. Many, many, many other women feel the same. Anger one minute, laughing the next, crying about a minute later. Not. Fun.

So, my plan was simple: cut back on caffeine, alcohol, eat better, drink more water, take my vitamins EVERY DAY, and try yoga or meditation. The local Buddhist Centre had a 'first class free, four other classes for only $20' you can't beat those odds. Buddha himself would say it was a sign!

There was a very interesting mix of people there. Mostly women (who have probably ALL read 'Eat, Pray, Love') and of course the few men. One looked like he had just been released from Jail and this was part of his parole conditions. 'Relax, and the demons will go away...' But we all had something in common. We were just gobsmacked by our teacher. She spoIe about the constant feeling we all have that 'If I just had this I would be happy. if I just went there I would be happy. If I just did this I would be happy'. Expecting happiness to develop because of outside forces is guaranteed failure. Happiness must come from within. Or so I'm sold. I mean, told.

After a very awkward 1st lesson in Tai Chi, we had our first meditation session. I can't report feeling very enlightened. But then, I didn't expect to straight away. It was nice just to sit in the one spot for awhile. Still. No one needing me. I concentrated on my mind. It wandered. I thought about what I would make for dinner that night. I resented the fact that Ben would need to do the house renos ALL weekend and I would have to wrangle two kids on my own. I thought about how I would walk home...'past that great coffee shop, I'll grab a latte, surely Buddha is all good with a little treat or too! Man, I'm hungover' OK, back to breathing. In. Out. In. Out. 'should it be a big breath or just a little one. I'm feeling light headed. Back to the breath. In. Out. In. Out. White light in. Grey light out.'

And then I thought I would pretend the Grey light was the hormonal stuff happening in the pit of my womb. White light in. Bad, bitchy, PMS, lunatic Grey light out. It started to feel purposeful. Even peaceful.

Until I started thinking about coffee again.
Posted by em.s at 2:24 AM

the first step is always the hardest... well done for getting out there and starting! {it's that first step that I never quite get too, I'm still at the bitchin' and moanin' phase *sigh*}

oh Em, I'm sorry to hear you're struggling in this way, what a strain.

I hope the meditation works.

hey em, you should give a kinesiology session a try